Lower Columbia Preservation Society (LCPS) was incorporated in 1999 with the mission to preserve, protect and promote the historic architecture of the Lower Columbia region. Over twenty years later, LCPS remains active in preservation education and community support. We provide financial assistance to Clatsop Community College's historic preservation program, maintain and improve the 1852 U.S. Customhouse Reconstruction in Uppertown Astoria and provide information and resources on preservation, restoration and architectural history at our downtown Astoria office. Our office is located at 389 12th Street, Astoria, on the corner of 12th and Duane streets, on the ground floor of the historic Hotel Elliott building.

LCPS strongly encourages local communities to find alternatives to the demolition of historic resources. Demolition should only be a last resort. When a home, building or historic site is destroyed, documentation and research of its history, prior to demolition, is of great importance. Our goal is to educate the public, including community decision-makers, by providing accurate historical information about sites and structures prior to property owners taking on major renovations, demolitions or relocations.

Members enjoy monthly educational programming, invitations to special events, receive our newsletter RESTORIA and have access to our lending library of over 300 resources.

LCPS helps preserve the historical integrity of the built environment on both sides of the Columbia River by: 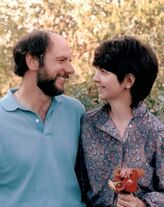 Tony and Roberta Stramiello worked for many years to purchase, maintain, and preserve historic properties in Astoria, many of them being large apartment buildings. When Tony died in 2005, the LCPS endowment fund was established to receive donations in his memory. Two years later, Roberta herself passed away and she bequeathed several of her historic properties to LCPS. The organization has since sold these properties, all of which are currently being restored by their new owners. Proceeds from the sale of these properties have allowed Lower Columbia Preservation Society to build a healthy endowment that will continue to support our mission activities, well into the future.

If you are interested in making a contribution to the LCPS Endowment Fund, please contact Rachel via email at info@lcpsociety.org or call (971) 704-2016.

Rachel Jensen - Executive Director
Rachel is a fourth-generation Astorian with strong ties to the local community. She holds a B.A. in American studies and visual arts from Marlboro College ​and a M.A. in historic preservation from Savannah College of Art and Design. Her interest in preservation began with the study of fine art conservation but quickly evolved into an interest in the preservation of architecture, cultural resource law, and historic preservation theory. Her thesis work included a survey of Astoria’s historic neighborhood grocery stores with a focus on residential conversions of commercial storefronts. Other local projects include compiling the historical research needed to designate the Buoy Beer Co. building as a local historic landmark, assisting in the inventory of over 400 properties within the Uppertown-Adair inventory area, and the remodel/restoration of an Astoria home built in 1895. In addition to preservation consultation, she has also been a local real estate broker, worked in property management and was membership coordinator for the Fort Clatsop Historical Association. She joined the LCPS board of directors in 2015 and become the organization's first executive director in March of 2018.

Doug Thompson - Interim President/Chair of the Board
Doug has been a resident Astorian for most of his adult life, save for a recent decade in Idaho. His volunteer civic involvement in Astoria spans four decades and includes past service on the Historic Buildings and Sites Commission (predecessor to the Astoria Historic Landmarks Commission), the Planning Commission and City Council representing Ward 3, which includes historic downtown.
During his years of civic involvement, Doug provided political leadership that resulted:
· Astoria’s first historic preservation ordinance
· Astoria’s first National Register District
· Astoria’s first design review standards
· Astoria’s Riverfront Revitalization Plan
· Astoria’s original Downtown Development Association (ADDA)
· Astoria’s Gateway Master Plan
· And the cessation of Astoria’s wholesale historic buildings demolition efforts
Doug is a graduate of Portland State University Business School, and as a commercial real estate broker, property manager and historic properties redeveloper, he was an early adopter of integrating green building methods in historic preservation projects. He held a hands-on principal role in the 20% Federal ITC (tax credit) restoration of the Historic Erickson House (1877) in Uppertown Astoria. Doug has been a long time member of LCPS’s advocacy committee. He joined the board of directors in 2016 and was elected vice-president in September 2018. He became interim president in July 2020.

Karen Parrott  - Secretary, Events Committee Chair
Karen and her husband, Randy Ralls, own a construction/remodeling/property investment company. They love to bring historic properties that have been neglected back to life and to work on new construction projects that blend seamlessly into their surroundings. They are currently restoring the historic Norblad House on Grand Ave. in Astoria. Karen is excited to be a member of LCPS's board of directors and looks forward to planning events, seminars and workshops that celebrate and promote preservation. In 2017, Karen spearheaded and organized an encore of the Lower Columbia Preservation Society Garden Tour to great success.

Wade Freitag - Treasurer
Moving to Astoria in 1978 fostered Wade's love of older homes and led him to study Architecture and Preservation at the University of Oregon. After college, Wade spent some time in the big city of San Francisco and eventually moved back to Oregon, settling in Portland in 1990. He founded Craftsman Design and Renovation in 1995, an award-winning Design/Build company specializing in residential renovation and restoration. He is a past president of the Oregon Remodeler Association, a member and past board member of the Architectural Heritage Center, member of Restore Oregon and various historic and industry organizations. Married with one daughter, Wade enjoys traveling, hiking, music and drink, and spending time in his 1901 Seaview cottage here on the Lower Columbia.

Glen Herman
Glen is a retired civil engineer, technologist and inventor who moved to the north coast in early 2016. In 2017, he began the process of purchasing and then restoring the Van Dusen Building located in downtown Astoria for use as an artist studio collective and gallery/retail space. He brings his unique engineering experience and technology skills to the LCPS board. Glen loves learning about the region's deep history and enjoys exploring the woods and backcountry with his camera in tow.

Astronemis Ray
Astonomis grew up in Astoria and is currently a college student at Clatsop Community College. She is involved in many student and community organizations and joined our board in the fall of 2020. Previously, she had been an LCPS summer intern and co-produced and hosted The Restoria Podcast, Season One.

Kelly Shumar
Kelly has been an Oregonian until her recent move to Grays River, Washington, where she and her husband purchased a Victorian farmhouse built in 1896.  Kelly is a past Director of Appelo Archives in Naselle, Washington. The Archives house items of historical importance, books, papers, memorabilia and materials reflecting the historic traditions of the Naselle-Grays River Valley area, specifically of a Scandinavian nature.  Kelly’s Finnish grandfather was a gillnetter and marine surveyor in Astoria and she considers Astoria as one of her home towns.  She earned a B.S. degree in Architectural Preservation from the University of Utah and has worked as a designer in the power industry as well as a drafting instructor at community colleges.  Kelly is excited to be a part of the LCPS board of directors and is looking forward to participating in the preservation and education of historic structures and sites of the lower Columbia River. She joined the board in September of 2018.

Lucien Swerdloff, Customshouse Committee Chair
Lucien Swerdloff is the coordinator of and an instructor in the Historic Preservation and the Computer Aided Design programs at Clatsop Community College in Astoria. He earned Master of Architecture and Master of Science degrees from the State University of New York in Buffalo. He has organized numerous preservation workshops throughout Oregon and Washington and worked on the restoration of many historic structures. Lucien is also on the board of Columbia Pacific Preservation, a collaborative group promoting education and economic development through historic preservation.
We are currently looking for additional members for our board of directors.
Please contact us if you are interested in volunteering.
Lower Columbia Preservation Society
389 12th Street
P.O. Box 1334
Astoria, OR 97103
971-704-2016
info@lcpsociety.org
Lower Columbia Preservation Society is an Oregon 501(c)(3) non-profit corporation
Donate