Welcome to the restoria podcast! 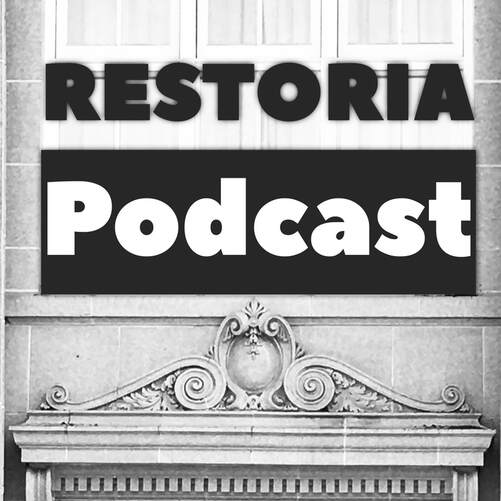 Season 1- Episode 1- What are Vault Lights?
In this episode we talk with special guest, Jeff Daly, from the Astoria Underground Tour. As he explains a little bit of the history of Vault Lights, shares stories, and other fun facts about Vault Lights in Astoria! ​
Season 1- Episode 2- Tile Creating & Installation.
Have you ever wondered about how the Vault Light tiles get repaired? What's the process of installing them? How are the new tiles made? Join us as we sit down and talk with the tile creator, Jamie Boyd & tile installer, Ray Merritt!
Season 1- Episode 3- Underneath lighting
John Nelson has been the manager of the Hotel Elliot for 10 years now, and about 9 years ago his friend, Jeff, had a suggestion about putting underneath lighting under the Vault Light panels out front. In this episode, John talks about the type of lighting he uses, how the lighting works, and how it adds a unique feature at the Hotel Elliot!
Season 1- Episode 4- The Norblad Building
Paul Caruana is the owner of both the Astor and Norblad Building here in downtown Astoria. Recently, the Vault Light panels at the Norblad building were removed. Find out why in this episode of the Restoria Podcast!
Season 1- Episode 5- Vault Light History.
Are Vault Lights considered historic? Does the city have any safety protocols for them? What was it like during the reconstruction of downtown after the Great fire of 1922? City Historian, John Goodenberger, talks about how vault lights first came to be in Astoria and how they have changed over time!
Season 1- Episode 6- A Vault Light Conversation.
​After recording all the interviews for season 1, LCPS Intern, Astronemis Ray and LCPS Executive Director, Rachel Jensen, sat down and had a conversation about Vault Lights. Join us, as we reflect and recap on what we thought was interesting in each interview!
MORE RESOURCES ON VAULT LIGHTS IN ASTORIA